Eureka rolls through the ages 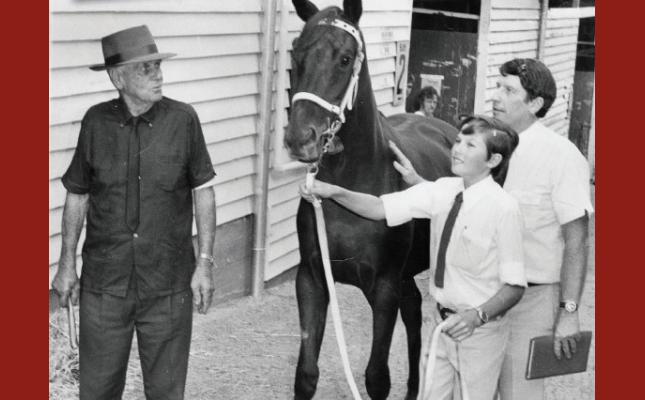 One of Queensland’s foundation studs, ‘Eureka’ owned by the McAlpine family,  as a 70-year history in the tradition of breeding winners and standing signature  stallions.

As we roll into the next decade of breeding and racing in Queensland, Scott McAlpine with his three sons (fourth generation) runs the reins at Eureka and history repeats.

Red Dazzler has become the next best thing at Eureka and indeed Queensland, with him rolling out the winners in his first crop. Already, the colonial bred son of Red Ransom from the Australian champion families of Vain and Toltrice, has made his mark in the ring and on the track. With his first crop runners currently winning and his yearling averages remaining high. 2010 average at Magic Millions Premier was $85,000, selling up to $180,000, while 2011 Magic Millions Premier average was $138,333.

Eureka, a solid vendor at the Magic Millions sales since inception, brings another top quality draft to the QTIS 600 sale including 16 lots by Red Dazzler. After a stellar 2011 MM Premier sales performance where the Red Dazzlers’ sold up to $165,000, Eureka expects his progeny to sell well. Especially in light of his racetrack successes where his first crop winners so far were Eureka born and raised. Red Dazzler presently sits amongst the top performing first season sires in Australia.

Can he emulate the feats of the Eureka sires before him, the likes of Semipalatinsk,  Brave Warrior, Piccolo, and over the years Lumley Road, Midnight Cowboy, Emerillo and Messmate?

Eureka have turned out the winners (at a ratio of 80 per cent winners to runners) raised on the Darling Downs property, via hard-working horsemanship and family kinship handed down through the ages, beginning with Andy McAlpine in 1935, through to Colin, Scott and now his sons Harry, Angus and Charlie.

For Eureka there is no giving up. Old fashioned hard work and horsemanship is the foundation to continue their role in breeding rock solid runners, sales horses, and now Red Dazzler winners. As the years roll on the next McAlpine generation learns the ropes to lead the way into the next decade of stud success.