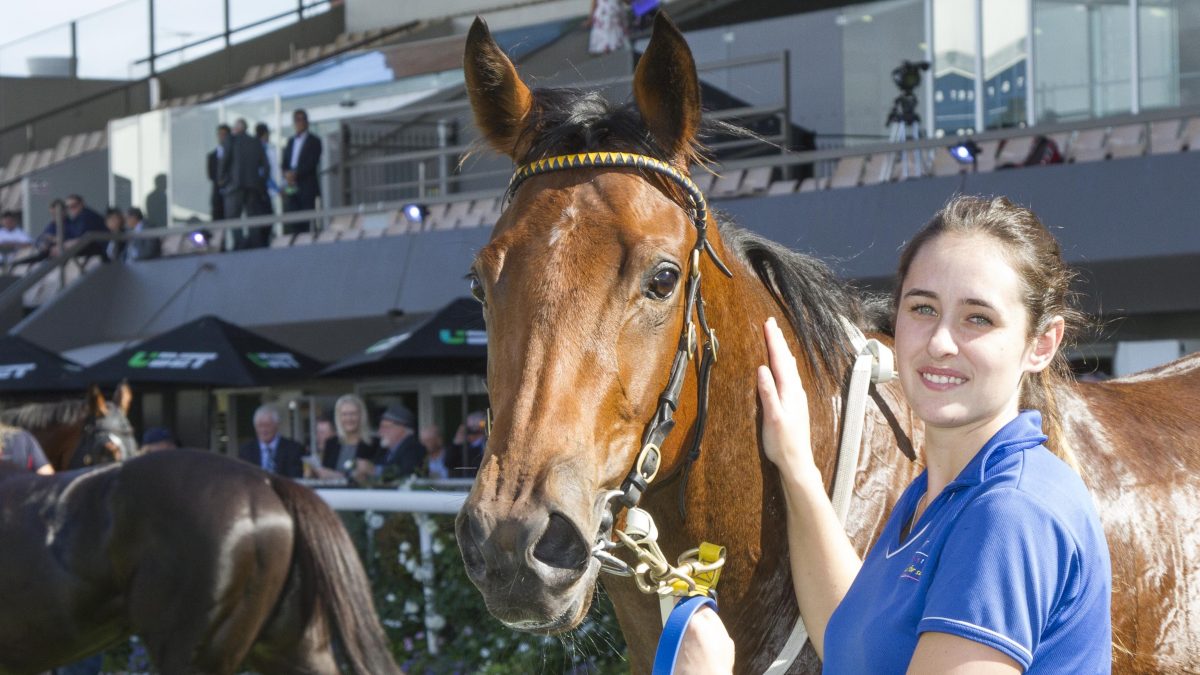 Under normal circumstances, Eureka Stud’s Scott McAlpine might have been disappointed that the red hot favourite Boomsara could only manage second in the Group Three Ken Russell Memorial at the Gold Coast.

After all, he bred the Chris Munce trained youngster and kept a share after the now 2YO was sold for $45,000 at last year’s Magic Millions Gold Coast March Yearling Sale.

However, by that stage of the afternoon, McAlpine was looking at the bigger – MUCH bigger – picture.

A little over an hour earlier, another of the Eureka homebreds in Heaven’s Deal had captured the Listed 13CABS Queen Adelaide Stakes over 1050m at Morphettville. While that particular filly doesn’t carry the familiar Eureka livery of gold, black stripes and red sleeves, her victory was welcomed as enthusiastically by McAlpine as the large band of new owners.

After all, Heaven’s Deal is one of 15 individual winners for Eureka’s phenomenal first season sire, Spirit Of Boom and – notably – his fifth stakes winner.

To put that into some perspective, in the last 12 seasons only two first season sires – Rock of Gibraltar (2006/07) and Exceed And Excel (2007/08) – managed five stakes winners, while Spirit of Boom still has nearly three months of racing left for season 2017/18, with speedsters like Boomsara knocking on the door.

Additionally, Rock of Gibraltar finished with 11 winners from 37 runners, while Exceed And Excel had 13 winners from 43 starters. Spirit Of Boom? 15 from 36 thus far.

After being foaled himself at Eureka and a third generation of McAlpines at the Cambooya, Queensland spread, McAlpine said it’s certainly the best start to a stallion’s career that he’s been party to.

“Puissance got off to a flyer back in the late 90s with nine winners in his first season and Brave Warrior had 11 winners, but nothing approaching Spirit Of Boom’s start,” McAlpine recalls.

Yet, despite the rocket-like rise, Spirit Of Boom has been a long time in the making.
McAlpine’s father, Colin, purchased Spirit Of Boom’s fourth dam, Temple Black, in the mid-1980s from close friend, Robert Sangster.

Her first foal for Eureka, Singular, won four, the next, Temple Of Faith, won three but the third, Temple Top, would capture two at two and go on to produce eight winners: including the stakes placed Temple Spirit.

While Temple Spirit was the first sighting of black type in three generations, she ultimately became the mother lode, with her two winners being Temple Of Boom, a Group One winner of nearly $2 million in stakes, and Spirit Of Boom, a stakes winner at two and a dual Group One winner at six.

And while breeders are the eternal optimists, few would have dreamed of the outcome less than four years down the track.

“On the Gold Coast in January, a breeder told me ‘you’ll get over 300 mares to Spirit of Boom this season’,” McAlpine points out.

“I thought he was kidding himself, but we’ve now had the owners of 320 mares try to book into him, which will be reduced to 140 mares come spring.”

Heaven’s Deal, meanwhile, was having just her second start after scoring by five lengths on debut at Murray Bridge in mid-April and is clearly one out of the box.

“All things being equal, she’ll go to the (Group Three) National Stakes over 1200m at Morphettville (on 19 May) where she should face a similar field to that of Saturday,” trainer Richard Jolly indicated post-race.

Jolly snapped up the filly for just $23,000 from the Cornerstone Stud draft at the 2017 Adelaide Magic Millions Sale and while her second straight success has landed $97,610 in the kitty, the residual alone from the addition of black type will be substantial.

Heaven’s Deal is the first foal of Good Journey mare Done Deal, who is, in turn, a half-sister to multiple stakes winner Diamondsondinside and 2YO stakes placed Miss Argyle, the dam of stakes winners Cheyenne Warrior and Ardrossan.