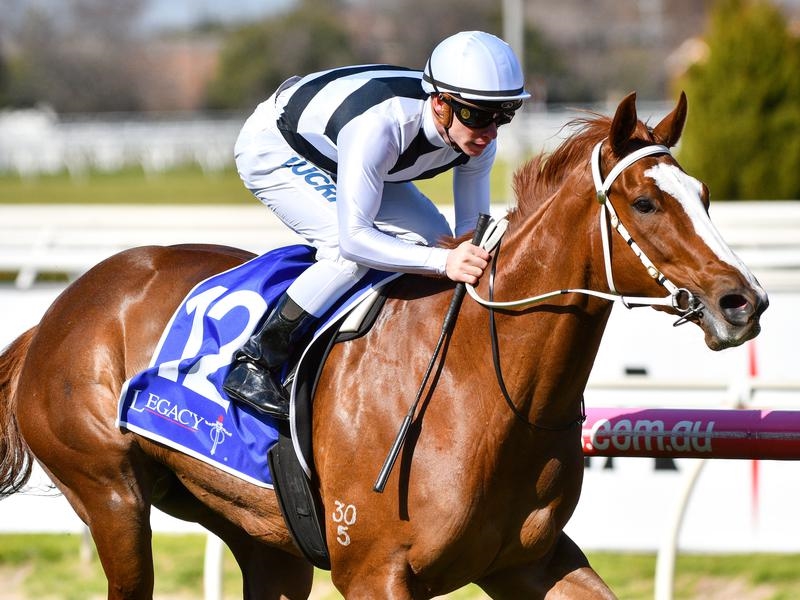 The Written Tycoon mare Pippie took another giant stride in her career when ringing up a maiden stakes win in Saturday’s Group III Cockram Stakes (1200m) at Caulfield. Displaying her trademark speed from the barriers, Pippie led under a stranglehold from Ben Melham and when the brakes were released coming around the home turn there was no catching her. She had a length and a half over the dual Group II winner Spanish Whisper (Lope de Vega) with Sylvia’s Mother (Snitzel) a short-head back in third. The 4yo daughter of Written Tycoon advanced her record to 4 wins and a second from 6 starts with earnings of $233,450. Unbeaten in three starts this campaign, the John and Chris Meagher-trained mare is expected to return to Caulfield in three weeks for the Group III How Now Stakes.

Co-trainer Chris marte said they need to space Pippie’s runs.
“She can become light quite quickly, but in saying that she is 15 kilos up on last year,” Meagher told AAP. “That shows she’s definitely maturing, but we’ve got to treat her with kid gloves so on the way home we’ll go to the chemist and find a big bundle of cotton wool and wrap her up. “We think she can get to the big Group One’s in time, but we’re in no hurry.

Pippie was a $60,000 purchase out of the Eureka Stud draft at the 2017 Inglis Classic Yearling Sale.She is the first foal of the 6-time winning Ne Coupez Pas (USA) mare Coupe Express a half-sister to multiple stakes-placed Timely Truce from the family of dual Group II winner Merry Ruler. Coupe Express has an unraced 3yo filly by Spirit Of Boom named Boom Express and a yearling filly by Defcon.