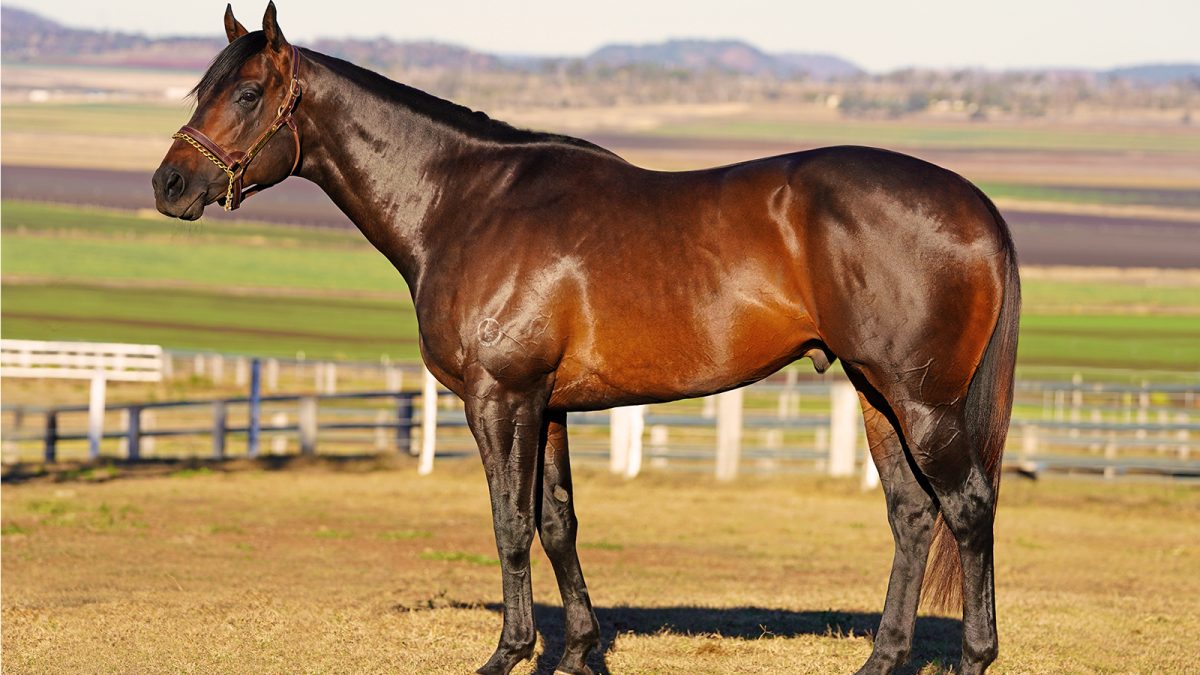 The Eureka Stud stallion roster for the 2020 season offers breeders all that they are looking for with a choice of proven, pedigree and physique. As a stud we are extremely proud of the stallions we have on offer, and we will continue to support breeders like we have done in this business for the past 85 years.

Spirit of Boom has raised the bar again this season, featuring as a Top 15 Sire of Australia by winners with his oldest progeny being only 4 years old. His 2yo’s have also continued in their customary style placing him in the Top 5 Sires for 2YO winners in Australia this season. After becoming Champion Sire of Queensland from his first two crops to race, there are exciting signs that his progeny will continue to train on strongly just as he and his brother Temple of Boom did, both winning Group races when they were 6 and 7 years old.

Spirit of Boom has continued his remarkable rate of producing stakes horses with his first crop running at an elite 8.3% stakes winners to runners, all produced from just an $11,000 service. With 11 individual stakes winners already, his progeny have won in nearly every state of Australia including NSW, VIC, SA, QLD and also in New Zealand, with two Million Dollar earners in Outback Barbie and Boomsara. Sending a mare to Spirit of Boom in this coming season represents a great opportunity to breed with tremendous upside from having covered nearly 400 mares in his last 2 stud seasons at fees of $55,000 and $44,000, and with over 160 of these mares being stakes performers and/or producers. The first crop from these quality mares will appear at the yearling sales next year and will be hitting the track soon after.

This stallion represents a rare opportunity to breed to a proven stallion at a fee level in the market where there are very few options. A breeder can send a mare to him knowing in confidence that he is likely to reward you with a great sales type with a high chance of being a stakes winner. Even more rarefied in the stallion ranks is that he thrives on being mated with Danehill line mares, having produced the likes of Outback Barbie, Ef Troop and Jonker being bred this way.
We are buoyed by the ongoing support from many of Australia and the world’s best breeders and look forward to seeing Spirit of Boom cover another quality book this season. After a fee reduction of 20% last year we have decided to retain his service fee at $44,000 inc GST for 2020.

As Encryption enters his second year at stud, his blue-blooded family has welcomed another prominent member with BIVOUAC, his ¾ brother in blood, winning the Group 1 VRC Newmarket Handicap and Group 1 ATC Golden Rose Stakes.

On the racetrack Encryption possessed a great turn of foot that saw him run Booker to within a length to finish second in the Group 1 Oakleigh Plate (1100m), and produce a stunning last to first victory in the Group 2 VRC Danehill Stakes (1200m). He was also a prominent 2YO winning the Group 3 Black Opal (1200m) and placing in pre-Christmas stakes races.

Encryption covered a full book of 135 mares in his first season and was supported strongly by mares from both Godolphin and Eureka, with this faith to continue again this year. Even more encouraging is that Lonhro is showing powerful signs as a sire of sires with Pierro challenging to become Champion sire of Australia, plus Exosphere and Sweynesse both having produced 2YO Group winners with their first runners this year.

We understand that Encryption is in the price range of many breeders who may only breed one or two mares per year and therefore cashflow is a major factor in their breeding decisions. With this in mind we have decided in conjunction with Godolphin to stand him this season under Pay On Live Foal conditions at a continued fee of $13,200 inc GST.

Defcon’s first crop are set to hit the racetrack as 2yo’s this year after selling for up to $100,000 as yearlings. We are already hearing great things from the breakers regarding their tough and forward nature’s. With Defcon’s own 2yo brilliance on the track, we can expect a short wait to see his progeny demonstrating their genetic precocity. For his fourth season we are again standing him at $4,400 inc GST under Pay On Live foal conditions, with additional assistance for multiple mares.

To round out the roster again is our Group 1 producing sire of Group 1 QLD Oaks winner TINTO. Maintaining a 66% winners to runners ratio Red Dazzler is as consistent as ever, and will remain at a fee of $4,400 inc GST.