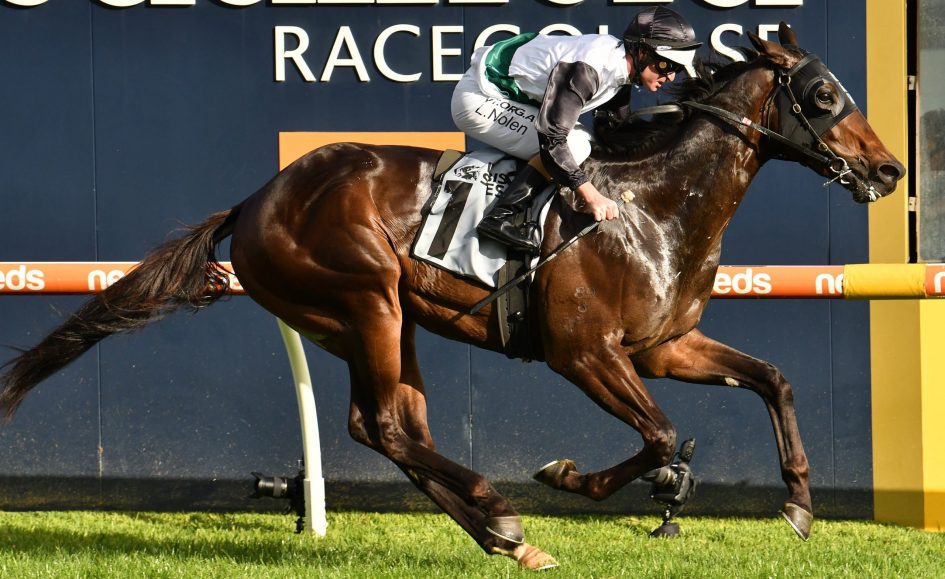 On the go since finishing second to General Beau in the Darley Spring Preview at Flemington back on September 23, the Written Tycoon colt Finance Tycoon put in a career best in the $1million Showdown (1200m) at Caulfield on Saturday.

Trained by Tom Dabernig and Ben Hayes, Finance Tycoon won the Group III Maribyrnong Plate at Caulfield on November 3 before embarking on northern campaign that saw him defeat Shaquero at the Gold Coast before finishing sixth to that son of Shalaa (IRE) min the $2million Magic Millions 2yo Classic. Five weeks later, Finance Tycoon lined up in the Group 1 Blue Diamond Stakes at Caulfield where he finished fourth. Heavily backed to start favourite in the Showdown, Finance Tycoon gave his supporters little concern with a dominant performance under Luke Nolen. The filly Literary Magnate gave Written Tycoon the quinella when held to a safe four and a half lengths with the Toronado gelding Scissor Step a short-half-head back in third.

“I think he put up his Blue Diamond run there,” Ben Hayes said. “He was so strong to the line and he wasn’t stopping. I think he showed everyone today that he’s a real quality horse and a fantastic horse to have in the yard.” “He’s been in (work) since the spring and hasn’t really had a break. To keep a two-year-old up this long and to win that impressively is such a good effort by the team at home. “We’ve got the water walkers, day paddocks, pools. We find that we are able to keep horses fresh for a long time and we find we can have horses winning at their ninth or tenth runs. “We told Luke to be nice and positive. He rode him beautifully and let him get into a good rhythm. There’s only one corner here at Caulfield and he travelled like a good horse a long way out. It was good to see.”

Finance Tycoon advances his record to three wins and a second from six starts with earnings of $811,300.

Bred by Boom Racing Thoroughbreds and Golden Gully Thoroughbreds, Finance Tycoon was a $150,000 Magic Millions purchase for McKeever Bloodstock from the Eureka Stud draft. He is the first winner for Darook Park, a winning half-sister by Darci Brahma to Group I placed Silk Pins and to the dam of Group II winner Gypsy Diamond.

Purchased by Boom Racing Thoroughbreds for $135,000 at the 2018 Inglis Great Southern Sale, Darook Park had a yearling colt by Spirit of Boom in the Eureka Stud draft at the Magic Millions where he failed to make his $150,000 reserve.